SILENT PRAISE: A Banker. A Cop. One Complicated Case.

Read a scintillating sample of the third book in the "Able to Love" Series.
Fall in Love with Chase and Melanie 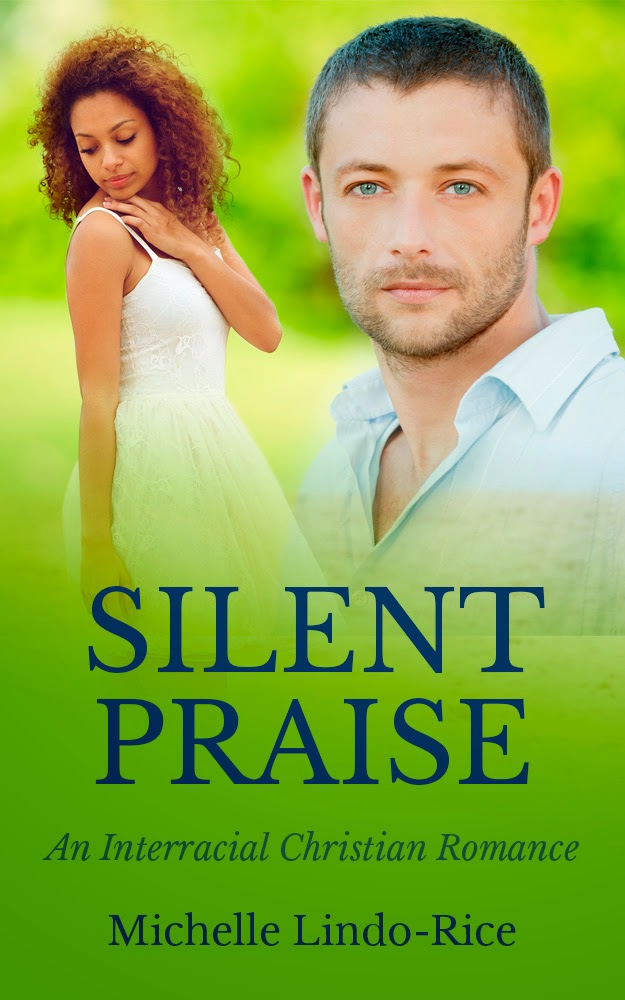 “I can’t hold it.” Melanie “Lainey” King squeezed her legs together. Crouched over in the dark, she shivered from inside the three-foot oblong closet space. Lainey peered through the folds of the closet door. Her eyes were wide with fear. Mama and Uncle were asleep on the big bed. Lainey slept with Mama unless Uncle came around. Then she had to sleep in the closet.
Lainey’s lower body shook. She had to go. Now. She pushed the closet door wide and crept outside teenaged mutant ninja turtle style. Lainey inched her way to her mother’s bed.
“Mama, I’ve got to go pee.” Lainey whispered as quiet as she could into her mother’s ear. She did not want to wake Uncle. His snore bounced off the walls of the room. Lainey twisted her tattered, once-white nightgown, spotted with dingy brown stains. Her lips quivered.
Oh no! A small line of urine trickled down her legs. She cupped her mouth to keep from crying aloud. If she peed on herself, Uncle was going to let her have it. She shook her mother again. “Mama! I’ve got to go to the bathroom!”
Mama did not budge. But Uncle did.
“What do you want?” He snarled at her into the darkness.
Even through the dark, Lainey could see his hateful eyes.
Uncle jumped and came around the bed to grab her shoulders. “What do you want?”
Lainey’s teeth rattled. She opened her mouth but no words came. With a groan, Lainey emptied her bladder. Tears rolled down her face.
“I didn’t mean to,” she said.
Uncle sniffed. “Did you pee on the carpet?”
Lainey shook her head. “It was an accident.”
Uncle bent towards her. His stinky breath hit her in the face. “You’re five years old and old enough to stop peeing on yourself! Your mother’s bragging how smart you are, says you’re reading and writing and all that so you know better. But you know what, you’re just plain nasty. Yes, that’s right. You’re scrawny and nasty, and I can’t stand the sight of you.”
“Ahhh,” Lainey wailed, wiggling her body and holding her head. “Mama,” she screamed, but Mama did not hear her.
Uncle dropped Lainey to the ground. He kicked her in the stomach. “I told you what would happen if you peed yourself again because you’re too lazy to go to the bathroom.”
“I tried to wake Mama,” Lainey said. “I can’t reach the bathroom light and I’m scared of the dark.” Her body shook.
Uncle reached down and snatched her under his arm. “But, no, you want to pee on the floor like you’re a dog.” He rubbed her face into the urine. “I’ll do you like I would a dog.”
The pungent smell of her urine hit her nose. Lainey closed her eyes, pinched her lips tight, and closed her mouth. She knew this was the only way to keep from inhaling or swallowing it. Her hair and gown were wet from pee.
Lainey bucked her body to fight her way out of Uncle’s strong arms. If he released her, she could run and hide. Her leg kicked him in the groin. With a plop, she landed on the floor.
“You kicked me,” Uncle raged.
Like a snake, she slithered under the bed. She saw Mama’s legs hit the floor. “Mama!” Lainey yelled.
The lights came on.
“What’s going on?” Mama seethed. “What’re you doing? Where’s Lainey?”
“Your kid peed the floor and I’m tired of it.”
Lainey saw his big, white feet at the edge of the bed and cowered into the center.
“Don’t you put a hand on her.” Lainey heard her mother’s yell and relaxed. Mama would save her.
Then, she felt a hand curl around her foot. She stiffened her body and dug her fingers into the ratty carpet. But Uncle’s strength outweighed hers. He dragged Lainey from under the bed and picked her up feet first, exposing her.
“Leave her alone,” Mama cried, beating at Uncle with her fists.
Uncle dropped Lainey and shoved Mama. Her mother hit the wall and slinked to the floor. Lainey remembered when they moved into this room and Mama had painted the walls bright yellow. Now the yellow was mixed with dirt from tossed food containers and beer cans. Mama’s head hung near the big hole from when Uncle punched the wall.
Lainey saw her mother’s eyes drift close. Her shoulders sagged. Mama would not be able to help her now. Then Uncle redirected his gaze towards her. Lainey gulped. She scrambled over beer cans. Her tiny hands narrowly missed a sharp needle. Mama said never to touch the cans, needles, or white stuff. Ever.
Uncle kicked the cans out of the way. He grabbed Lainey by the ears and pulled her to stand. His chest heaved. “I’ll show you what happens to girls who don’t know how to listen.” He bunched his fist and hit her right ear.
Lainey screamed and fell to the floor. Her yell made Uncle madder than before; he punched her other ear.
Lainey held her head. “Mama!” Uncle punched and punched her ears. Lainey kicked and scratched at him. “Mama!” Uncle punched again. Blood rolled across her face. “Mama … Mama … Help me.” Uncle kept punching away at her ears. Tears, snot, and blood made it hard for her to see but Lainey stretched a hand towards her mother. “Mama. Please … help.” Lainey went limp. Pain dulled her senses and eyes closed. For the first time in her life, Lainey was no longer afraid of the dark.

Shards of bright light hit her face. Lainey screamed. She woke up kicking and fighting. She remembered Uncle hitting her in the face. She had to stop him. Lainey tried to open her eyes all the way but they hurt. She closed her eyes and clutched her head. There was a bandage around her head.
“Mama!” With effort, Lainey forced her eyes open and looked around the room. Her heart started beating into her chest. Where am I? She was hooked up to monitors and she was cold. She shivered. Where’s Mama? Lainey screamed, afraid to be alone.
A short, brown lady—dark-skinned like her Mama—came over to her. Lainey saw the woman’s lips moving but she could not hear anything.
Lainey panicked. “I can’t hear you. My ears are closed. I can’t hear you.” She grabbed her ears. “Ahhh! I’m trying to scream but I can’t hear myself.”
The lady nodded and said something. Since she could not hear, Lainey focused on the woman’s kind face. The lady wrapped Lainey in her arms.
Lainey stilled. This lady won’t hurt me. Lainey welcomed her soft touch. The lady lowered Lainey back to the bed and bunched the covers around her. Lainey felt a soft kiss on the top of her head.
Then the doctor came in. Lainey knew him. He had fixed her broken arm and stitched her busted lip. She was so glad to see someone she recognized. “I know you! You’re Dr. James,” Lainey said. She knew she said the words right because she saw him nod his head.
“I can’t hear myself, Dr. James,” Lainey said. “Can you fix my ears?”
The lady covered her mouth with her hand.
“Why is she crying?” Lainey’s eyes filled with tears. She looked at Dr. James. “I want my mama.”
For some reason, her words made the lady cry even more. A tall, skinny brown man entered the room and the lady ran into his arms, burying her face in his chest.
Lainey looked at Dr. James. “Please stitch my ears so I can hear. And, can you tell Mama where I am? She might be looking for me.” She was surprised to see Dr. James wipe his eyes.
She saw the needle he held and tried to move. “Mama said no needles!” She wiggled to the edge of the bed away from Dr. James. But Dr. James held her down. The last thing Lainey felt was the pierce from the needle, and then her eyes closed.

Posted by Michelle Lindo-Rice at 10:07 PM